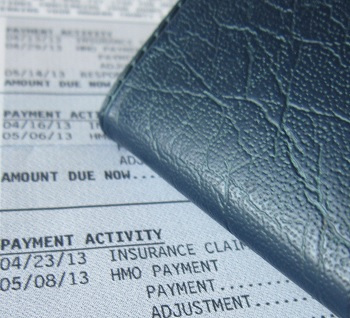 The New York Times recently had a great piece about how any given medical procedure in the U.S. almost always costs more–often many times more–than the same darn thing in other rich countries. This is probably the biggest reason why U.S. medical spending per person is maybe twice that of other rich countries, with worse health outcomes. I’ve been following this ever since I wrote an article about it, Sky High and Rising, for Sojourners magazine, where I work (normally, I mean–I’m out sick now).

The NYT article is great and you should read it right now (though Dean Baker points out, as he is wont to do, that it ignores the huge effects of medical patents). And I like that the article has space at the bottom for people to add their own responses to several related questions.

But I think most people were way, way off when they responded to the question of how it would affect them if doctors provided upfront price lists for procedures. I am all for transparency, but just having price information without other information could be worse than useless:

-For one thing, it could lead people to decide between doctors or between hospitals based on price without knowing how good the doctor is. You might either wind up choosing the cheapest, or using price as a proxy for quality and choosing a more expensive one, but you’re not making an informed choice.

-To get information about how good a doctor is, you can’t just go with patient satisfaction (which is based more on bedside manner) or even with how many patients get well–you’d have to factor in how sick that doctor’s patients were beforehand. (This is the kind of thing that the new Accountable Care Organizations, which pay for medical results rather than piled-on procedures, are taking a hard look at).

-On top of knowing how good various doctors were, you’d have to know how important a given procedure is, if you didn’t trust your doctor–presumably one goal of knowing the price is for you to decide whether the procedure is worth it for you at all.

-While it is a great idea for there to be some system-wide effort to see whether medical procedures are effective, it is a terrible idea for even well-informed consumers to take calculated risks. I’m a prime example. In 2005, I had a mild cough that wouldn’t go away, and I felt run down. As a healthy, nonsmoking person in my mid-30s who exercised regularly–and who was living on a nonprofit salary–if I’d had no health insurance, I might have deferred going to the doctor much longer than I did. Indeed, it two two or three doctor visits before they took a chest x-ray and determined that I did not have the expected walking pneumonia, but rather an apple-sized tumor next to my lungs. If it had taken me longer to go to the doctor, who knows whether they’d have been able to cure me? Thank God I did have health insurance with a reasonable copay (thanks also to Sojourners and Kaiser Permanente).

-I can personally verify that, if you get a serious illness, you are going to get way more information than you can handle. I am a smart person. I have an Ivy League doctoral degree. But when I get told I have cancer, it’s really hard for me to take in all the information the doctor is telling me about it, even when the doctor is excellent at communicating (and when I haven’t just started to flat-out cry).

So what do I think we should do, if not give everyone way more information than they can handle and then let them suffer the results? I think that the medical system should do the hard work and build up the expertise to develop standards of care, and follow them. I was inspired by this article in The New Yorker about how medicine should have the level of quality control that characterizes the Cheesecake Factory. The comparison is pretty ironic, as the Cheesecake Factory’s stomach-turningly insane portion sizes (a single entree, without drink or dessert, can have more than your whole day’s worth of calories and five times your day’s recommended saturated fat) are just the sort of thing that fuels the U.S. obesity epidemic. But hey, irony is everywhere.