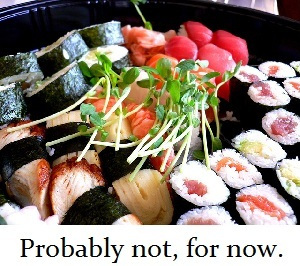 Well, yesterday I talked to an MDS specialist at Hopkins (whom I do not have the energy to give a snarky nickname), and got moderately encouraging news. Let me, right up front here, say that, as is the case with all my major oncological appointments, I did feel as if my brain was working about as fast as I could run through hip-deep molasses. Although Dr. No-Snarky-Nickname is an excellent communicator, I probably got some things wrong as the mistaken preconceptions in my head collide with the words that were actually being spoken aloud.

On the plus side, it sounds as if we are likely to move ahead with the transplant, probably in April, although everything depends on a battery of tests in March. It appears that this transplant will be way less likely than my original autologous transplant to lead to secondary cancer in the future (or more precisely, as this is treatment for a secondary cancer, a tertiary one). So, yay for that!

On the downside, though my platelets were up some more, my white counts were down and (before he even saw them), Dr. NSN didn’t offer the effusive, definitive statement I wanted that my MDS can be classified as “responsive” to the Vidaza, which is a glorified status that lets you get your name in the paper, win concert tickets and other valuable prizes, and breeze past airport security without even taking off your shoes. Seriously, though, it is even better than those things because, apparently, MDS that responds to Vidaza also tends to respond better to other treatments (although this is all possibilities, and My Mileage Will Vary). Dr. NSN allowed as how If I had blood counts that were normal, at least for part of the month, would count as a sign of responsiveness, but the real gold standard is the bone marrow biopsy, which I’ll get in late March.

Dandy blood counts before that might be unlikely; my white count was down to a pitiful .7 yesterday (and again today at Dr. Virginia’s when I went for Vidaza). This strongly suggests that the big spike I had in early January (to levels I hadn’t seen since 2011) was only made possible by a confluence of two–count ’em, two–factors working together: 1) Vidaza’s primary effect of making my MDS less, and 2) the extra week I got between Vidaza cycles at Christmas, which gave me a break from Vidaza’s side effect of lowering white counts.

Since Dr. Virginia says he wants to continue with the Vidaza full steam ahead–stomping on the malignant cells in my bone marrow is the most important thing–I fear I might not get up into the normal range again this month. There go my visions of going out for sushi, eating freely of salad, and attending crowded parties a bunch for the next couple months.